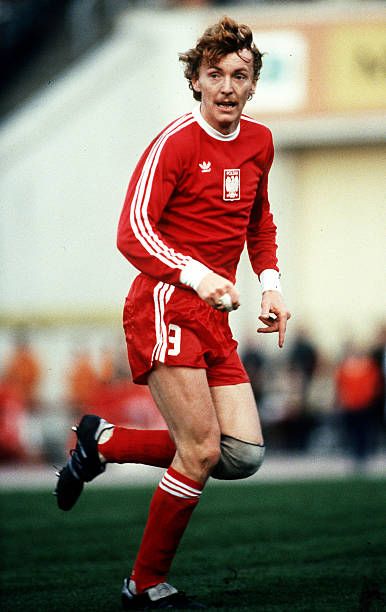 Zbigniew Boniek was a fast and creative midfielder, who could play also as a forward. He is famous for the decisive goals he scored.

Although he was mostly playing as a forward, Zbigniew Boniek later became a sweeper as he got older.

Zbigniew Boniek earned several awards such as FIFA World Cup All-Star Team in 1982 and Golden Foot Legends in 2009 and more.

Boniek was born in Bydgoszcz, Poland on March 3, 1956. At the age of 10, he played for Zawisza Bydgoszcz until 1975. Boniek scored 14 goals in 41 appearances and moved to Widzew Łódź.

He signed with Juventus in 1982, after playing in 172 matches with Widzew.

His spell at Juventus was quite successful. He helped Juventus win several tournaments and earned the nickname “Bello di notte”, which means “beauty at night”.

In his 1st season, Juventus won Coppa Italia 1982-83, and finished Serie-A runners-up to Roma. They also got into the finals of 1983 European Cup, but lost to Germany 1-0.

Winning goal in the final

The next season, Juventus managed to win UEFA Cup Winners’ Cup with Zbigniew Boniek scoring the winning goal in the final.

At the end of the season Juventus won the Serie-A, also the UEFA Super Cup after Boniek scored a brace of goals.

The Italian press gave him the nickname Zibì during his tenure at Juventus.

After he won 1985 UEFA Champions League with Juventus, Boniek transferred to Roma. He starred in 76 games and won Coppa Italia 1986 for Roma until he retired in 1988.

Boniek played for the national team between the years 1976-1988.

He played as a substitute in two opening group matches during World Cup 1978. However, Boniek managed to score 2 goals against Mexico and steal the spotlight where they got a 3-1 victory. Boniek helped Poland win in their group after winning against Mexico but they got knocked out in the 2nd round.

Boniek starred in World Cup 1982 and led the team to the semi-finals. He helped Poland earn a bronze medal scoring 4 goals which include a hat-trick in the 2nd round. Zbigniew unfortunately couldn’t play in the semi-finals since he got suspended as Poland lost to Italy.

After his suspension ended, Boniek became a part of the World Cup 1986 squad. Poland could only get to the 2nd round and got knocked out by Brazil.

Boniek had 80 caps and scored 24 goals for Poland national team before he completely ended his playing career. 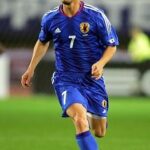 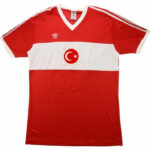