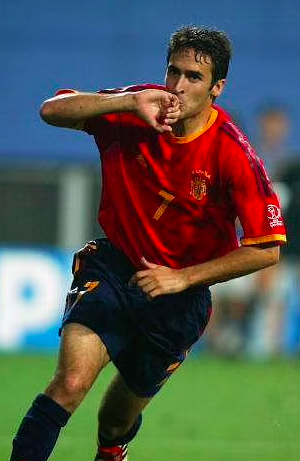 Raúl was born on June 27, 1977 in Madrid and started his career with San Cristóbal at the age of 10.

After playing for their Infantil team in the next season, Raúl moved to Atlético Madrid in 1990. They won a national title at Cadete team.

In the 1994-95 season, he signed his professional contract with Real Madrid C, where he’d spend 16 years.

He started playing for the 1st team in a short time, after scoring 16 goals in 7 appearances. In his debut game against Real Zaragoza on October 29, 1994 he helped his teammate score a goal. That goal proved that Raúl would follow in Butragueño’s footsteps.

After scoring his 1st goal in an El Derbi, he became a key player in Real Madrid’s squad. Raúl won the 1994-95 La Liga title, scoring 9 goals in 28 games.

Raúl won many awards and competitions after his 1st La Liga; they became La Liga champions 5 more times. Four of the titles led them to the Supercopa de España victories.

Raúl never received a red card with Real Madrid for his 17 years run with the team.

He managed to score his 300th goal with Real Madrid with a hat-trick on November 11, 2008, against Real Unión.

Raúl equalized the record of the most appearance for Real Madrid in La Liga on September 23, 2009.

Raúl scored his 1st goal for Schalke on August 1, 2010 in a brace against Bayern Munich.

He kept a high form for the club until scoring his 1st hat-trick in a 4-0 win on November 20, 2010 against Werder Bremen. Raúl then scored his 2nd hat-trick against FC Köln in a 3-0 victory in 2 months.

Raúll became the highest goal scorer of all UEFA competitions; he broke the record on February 15, 2011 with his 73 goals in total.

They managed to get into the semi-finals of the UEFA Champions League of that year but then lost to Manchester United.

Raúl scored later another hat-trick with Schalke in a 5-0 win over Werder Bremen on December 17, 2011.

Raúll scored this 400th career goal on February 19, 2012. He reached his 77th European competition goals on April 5, 2012 against Athletic Bilbao.

After his contract expired, Raúl departed from Schalke on April 19, 2012 and moved to Qatar to join Al Sadd.

He made his debut and scored on the same game on August 5, 2012 for the club, during the Sheikh Jassem Cup.

Raull led the club to their 1st league title in 5 years with 9 goals in 22 games, being the captain. On August 22, 2013, he starred in a game between Al Sadd and Real Madrid before he retired. Raúl played the 1st half for Real Madrid and the 2nd half for Al Sadd, where Real Madrid beat them 5-0.

Raúl announced his retirement from professional football at the end of the season, on March 5, 2014.

On October 30, 2014, he returned to football to sign with New York Cosmos in the United States.

He made his NASL debut on April 4, 2015 against the Fort Lauderdale Strikers and left with an injury in the 2nd half. In the following week, he came back and scored his 1st goal for the club.

Raúl managed to score 4 times as the NY Cosmos won the 2015 spring season with 5 wins and 5 draws.

Raúl announced his retirement at the end of the season after they won the Supporters Cup.

He finished his career with 404 goals in 940 games in total and a lot of awards.

Raúl 1st played for Spain in the 1995 FIFA U-29 World Cup and managed to score 3 goals in 3 matches. He also participated in the 1996 UEFA European Under-21 Championship squad and reached the finals. Raúl scored 17 goals for the Spain youth national teams before joining the senior team.

Raul had a record of 44 goals in 102 games for Spain on his time. Raúl’s 1st senior game was against Czech Republic on October 9, 1996 in the 1998 FIFA World Cup qualifications.

His 1st international goal came on December 14, 1996 against Yugoslavia. Raúl played in every match for Spain in the tournament as Spain were eliminated from the group stages.

In the Euro 2000 Qualifiers, on March 27, 1999, Raúl scored 4 goals in a 9-0 win against Austria. He scored 3 more goals 4 days later against San Marino in a 6-0 away win. Raúl starred in every game and minute for Spain in this tournament.

Spain got knocked out in the quarter-finals against France after Raúl missed a last minute penalty.

In the 2002 FIFA World Cup, Raúl suffered an injury after the group stage which stopped him. However, he scored 3 goals in the group stages to advance Spain as group winners before losing to South Korea in the quarter finals.

Raul scored his 29th international goal in a 2-0 win over Greece in Euro 2004 qualifying, equaling the record at that time. Then he broke the record on February 12, 2003 in a 3-1 friendly win. Raúl appeared in every game for Spain in the Euro 2004 finals, where Spain got eliminated at the group stage.

Raul equaled the most-capped player record for Spain in the 2006 World Cup qualifiers, with his 89th cap against Belgium. He then played his 100th game for Spain on August 15, 2006 against Iceland.

His last game for Spain was against Northern Ireland in a 3-2 defeat on September 6, 2006. 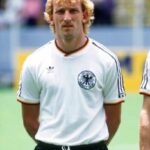 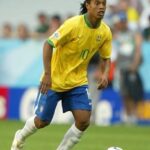