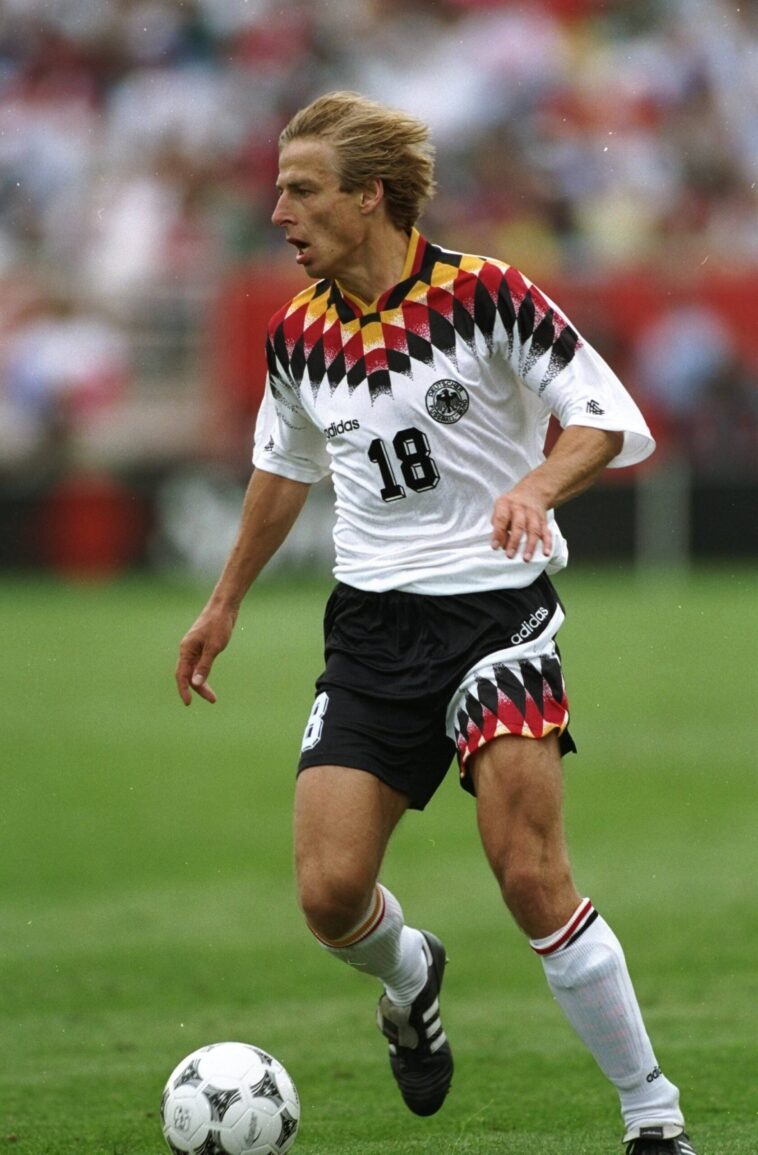 Jürgen Klinsmann was a successful footballer who played as a striker. He won several awards; most of them were given at his Tottenham spell. He got named in the FIFA 100 list, 6 years later from his retirement.

Jürgen was born in Göppingen on July 30, 1964.He started playing football at the age of 8, at a local club TB Gingen.

Jürgen Klinsmann managed to draw attention by scoring 16 goals in a single game and then moved to Geislingen in 1974. He stayed at the club until he started playing for Stuttgarter Kickers in 1978, as his family moved to Stuttgart.

Jürgen turned professional in 1981 while playing at Stuttgarter. He became a regular in the squad in his 1st season. Jürgen scored 22 goals until he transferred to VfB Stuttgart in 1984, scoring 19 goals in his last season.

Jürgen Klinsmann proved himself as a successful striker, scoring 15 goals and being the top scorer in his 1st season. However, his club finished the league in 10th place.

The 1987-88 season was quite successful as he became the top scorer of Bundesliga. He scored 19 goals which included the perfect scissors kick to Bayern.

In 1988-1989 UEFA Cup, he helped VfB Stuttgart get into the finals; however, they got beaten by Napoli. After earning the German Footballer of the Year award in that season, he transferred to Inter Milan in 1989.

He helped Inter finish in 3rd place in Serie-A, scoring 13 goals; although the coach had mostly defensive tactics.

Jürgen Klinsmann scored 14 goals for the season and won 1990-1991 UEFA Cup. However, the following season wasn’t that good for both Inter and Jürgen. He could only 7 goals and Inter ended the season in 8th place. Even though they have extended his contract until 1994, Jürgen had to leave the club in 1992.

He joined Monaco after Euro 1992, helping the team finish in the 2nd place in 1992-93 Division 1 league. Jürgen, the following season, reached the 1993-94 UEFA Champions League semi-finals with Monaco.

After that, things didn’t go well for Jürgen. As he couldn’t play for 2 months due to injury, Monaco dropped to 9th place in the league. He then left the club in 1994; one year before his contract expired.

In July 1994, Tottenham Hotspur signed him for 1994-95 season. The fans criticized the decision since he played in the squad that knocked England out of World Cup 1990. However, he managed to win everyone’s heart after his 1st appearance against Sheffield, when he scored a header. Thanks to his humor and achievements, Jürgen became popular in England in a short time.

Jürgen Klinsmann joined 1994-1995 FA Cup and scored a goal against Liverpool in the quarter finals. He became one of the top scorers in the tournament.

Jürgen Klinsmann transferred to Bayern Munich in the following season after scoring 21 goals for Spurs.

He played for Bayern from 1995 to 1997. Breaking the goalscoring record with 15 goals, Jürgen led Bayern to victory in 1995-96 UEFA Cup in his 1st season. The following season, Bayern won 1996-97 Bundesliga with his guidance, as he was the top scorer in 2 seasons.

For the 1997-98 season, Jürgen signed with Sampdoria but left the team in winter. He went back to Spurs in the same season.

Jürgen Klinsmann scored a total of 9 goals in the season, including the 4 goals in a 6-2 victory over Wambledon. Doing so, Jürgen saved Spurs from relegation.

Besides that Jürgen Klinsmann played in West Germany U16 and U20 squads, he made his debut for West Germany in 1987.

Jürgen Klinsmann showed great performance during World Cup 1990; he scored 3 goals even though Rudi Völler was sent off. As Germany won the tournament, Klinsmann unfortunately got fouled in the final game.

Jürgen Klinsmann participated in World Cup 1994 and 1998; scoring 5 and 3 goals respectively; however, Germany lost both competitions.

Jürgen Klinsmann had a total of 108 caps and scored 47 goals for the national team, becoming the 4th most-capped footballer. 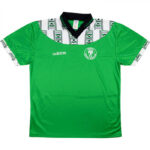 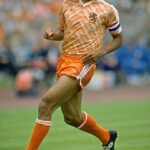