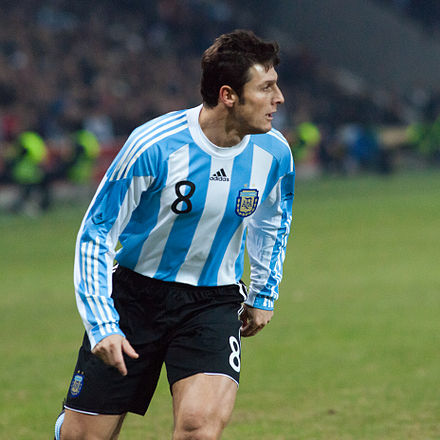 Javier Zanetti was born in Buenos Aires, Argentina on August 10, 1973.

He got the nickname “El Tractor” during his career because he was fit, strong and energetic. Javier was playing as a defensive midfielder, but he could do both defence and attack.

Javier Zanetti was interested in football as a teenager. However, when he applied to Independiente, they didn’t accept him. Javier then gave up on his dream for a short time until he signed with Talleres in 1992.

He only stayed for a year and played in 33 matches with Talleres.

Javier Zanetti transferred to Banfield in 1993 and played his 1st game against River Plate on September 12, 1993.

Javier scored his 1st goal for the team soon; in a 1-1 match against Newell’s Old Boys. Although he got offers from other clubs, he wanted to stay in Banfield for one more year.

After scoring 4 goals in Banfield, he started playing for Inter Milan in 1995. The 1st time he played for the club was on August 27, 1995, against Vicenza.

Zanetti stayed in Inter for 19 seasons and won 16 trophies. Firstly during UEFA Cup 1998, he scored the 2nd goal in the 3-0 victory over Lazio.

Javier Zanetti became the team captain in 2001.  After two years from that, he extended his contract to 2007.

The 2005-2006 season was really successful for him. Zanetti won the Coppa Italia, Supercoppa Italiana and Scudetti during the season. He also played in a UEFA match against Sporting CP on November 22, 2006.

Javier Zanetti played in Supercoppa Italiana 2008 against Roma and scored a penalty as the match finished 2-2. On September 24, 2008 he played in his 600th match; the 1-0 victory over Lecce.

After they beated AC Milan by 4-0 in Derby della Madonnina, the 2009-2010 season kept going well. During 2010 Champions League final, he played in Inter’s 2-0 victory over Bayern Munich.

At the end of the season, Inter won the Coppa Italia, Scudetto and Champions League trophies of that season.

Javier Zanetti played in Argentina national team for 15 years and joined many tournaments.

He firstly appeared in Copa America 1995. Argentina won a silver medal for 1996 Summer Olympics and Zanetti was in the squad. Two years later, Zanetti played in opening group match, a 1-0 victory over Japan in World Cup 1998. But sadly, Argentina lost the tournament in the quarter finals.

He played in all matches during World Cup 2002 as Argentina won the opening game but finished in 3rd place.

Javier Zanetti earned the Man of the Match award in 2005. It was after he helped Argentina win against Mexico in the semi-finals of FIFA Confederations Cup 2005.

He joined the 2007 Copa America squad as a skipper, after playing in Copa America 1999 and 2004 tournaments. Argentina managed to get to the finals in the tournament.

Zanetti played in Copa America 2011 and appeared in all games until the quarter finals, when Uruguay eliminated Argentina. 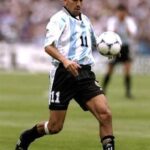 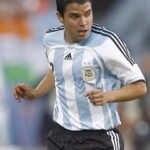