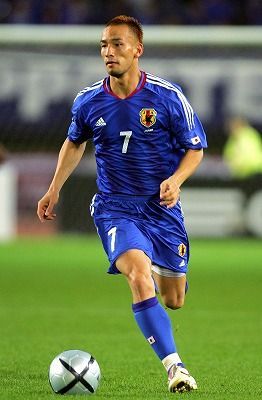 Nakata is the only Japanese player that got selected for the FIFA 100 list since he was one of the best Japanese midfielder.

His agility and offensive mind let him score goals, such that; he got nominated for Ballon d’Or 3 times.

He won Asian Cup Winners’ Cup in his 1st season, scoring the winning goal in the final match.

He played for the club until 1998, earning AFC Player of the Year award in two consecutive years.

In 1998, he moved to Perugia, a Serie-A club. Nakata stayed at Perugia for one and a half year, scoring 12 goals in 48 games before signing with Roma.

Although He played for one season at Roma; he contributed to the Serie-A victory after scoring a goal in the final. He also helped the equalizer goal that Roma scored.

He had a total of 30 appearances at Roma and signed a 4-year contract with Parma in 2001.

He made his 1st appearance in the qualification round of 2001-2002 UEFA Champions League. However, Parma lost 2-0 to Lille and got knocked out of the tournament.

Nakata’s 1st goal came in the victory over Brescia in Serie-A. He then won Coppa Italia 2001-2002 scoring a really important goal against Juventus in the final match.

After having 67 appearances and two and a half seasons with Parma, he got loaned to Bologna in 2004. He stayed at the club until the season ended, playing in 17 matches.

The following season Nakata moved to Fiorentina. Although he played in 20 matches, He couldn’t score any goal.

He then got loaned to Bolton Wanderers in August 2005, a Premier League club. He played for the club until his retirement in 2006, scoring once in 21 appearances.

He was selected for national team in 1991 and scored a goal during 1993 U-17 World Championship.

He joined 1996 Summer Olympics where Japan won 1-0 against Brazil in Group D, but couldn’t make the knockout stage.

Before he made his senior debut, he starred in 2000 Summer Olympics, as he scored the 2nd goal against Slovakia.

The 1st appearance of Hidetoshi for the senior team came on May 1997 in a 1-1 draw against South Korea.

Nakata got selected for the World Cup 1998 squad and scored 5 goals as Japan qualified for the competition.

In 2001 Confederations Cup, Nakata helped Japan reach the finals of the tournament. He scored the only goal as Japan won against Australia in semi-finals. However, Nakata missed the final match that Japan finished runners-up to France.

He played in 4 games for the World Cup 2002 and scored the 2nd goal in 2-0 win against Tunisia. Japan qualified for the tournament without playing in any matches during qualifications, since Japan was the host country.

Nakata won the Man of the Match award after his performances in a draw against Croatia, during World Cup 2006. He played in a total of 3 matches for Japan in the competition.

Hidetoshi announced his retirement from international football after having 77 caps and 11 goals for Japan national team. 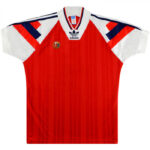