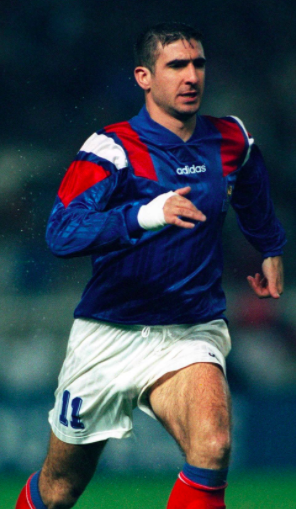 Eric Cantona was a creative and successful forward, who was born on May 24, 1966 in Marseille.

Eric Cantona became popular for his spell at Manchester United, wearing number 7 jersey, where he got the nickname “King Eric”.

Eric Cantona started football at SO Caillolais, as a goalkeeper. However, his strength and creativity let him become a forward.

He starred in more than 200 games with SO Caillolais.

Cantona moved to the French Club Auxerre in 1983, and made his 1st appearance on November 5, 1983 against Nancy.

In 1985, he got loaned to Martigues, in division 2, scoring 4 goals in 15 games until he returned to Auxerre the following year.

Cantona signed with Marseille in 1988, after 29 goals in 94 matches with Auxerre.

In January 1989, he got banned from football for a month for kicking a ball to the crowd after he got substituted.

Cantona struggled to settle at Marseille. So he got loaned to Bordeaux for 6 months and then to Montpellier for 1 year.

Cantona’s performance helped Montpellier win the French Cup which convinced Marseille to take him back. He helped the club win the Ligue 1 title, and then transferred to Nimes in 1991.

On December 16, 1991, Cantona announced his retirement after a 2-month ban. It was because he insulted the members of the hearing committee and threw a ball at the referee.

However, his France national team coach convinced him to make a return since he was a fan of Cantona. After that, Cantona moved to England and restarted his football career.

Eric Cantona transferred to Leeds United in January 1992, after getting rejected by Liverpool. But they would permanently sign him on April.

Cantona was playing at the squad that won the Football League First Division title. He scored 3 goals in 15 matches only, but he helped the team with his perfect assists mostly.

His first goal for Leeds came in a 2–0 victory over Luton Town on February 29, and assisted the 2nd one.

After playing well for 6 weeks, Leeds transferred him for a high fee on April 13, 1992.

Cantona scored a hat-trick in a 4-3 win over Liverpool in 1992 FA Charity Shield final. His hat-trick was the 1st hat-trick in the competition since 1957, despite making Leeds win.

After scoring Leeds’ only goal in the 4-1 lost against Middlesbrough, he scored another hat-trick in the 5-0 win against Tottenham.

Leeds’ 1st participation in European Cup since 1974-75 didn’t start well. They lost to Stuttgart by 3-0 as Cantona had an injury and couldn’t star in the following two games. But he returned quickly on September 26, for the 2-0 win over Everton.

Cantona helped his team win by 3-1 against Sheffield United. However, it was the last game that Cantona won with Leeds United.

After 14 goals in 35 matches with Leeds United, Cantona signed with Manchester United on November 26, 1992.

Eric Cantona made his debut for Manchester United on December 6, 1992 against Manchester City.

Cantona scored his 1st goal with Manchester United on December 19, 1992 against Chelsea in a 1-1 draw.

Before Cantona arrived, Manchester’s 1992-1993 Premier League season was a disappointment since they were in 8th place. Eric helped Manchester United finish the season with only 2 loses and 10 points and win the league.

In 1993-94 season, Manchester United could defend their Premier League title. They also managed to win 4-0 in the 1994 FA Cup final after Eric scored 2 penalties against Chelsea.

Eric helped the team finish Carabao Cup runners-up to Aston Villa after they lost 3-1. He became the top scorer of Manchester United in that season, with 25 goals. It was a successful season for Manchester United and Cantona. Although, in Champions League, Cantona was sent off while Manchester got knocked out of the tournament by Galatasaray.

The 1994-95 season started well for Manchester United. After FA Cup victory, they won 1994 FA Charity Shield over Blackburn. Cantona contributed the victories, scoring in both of the tournament. However, on January 25, 1995 Eric got in a fight and banned from football for 8 months.

The fans thought he would transfer to another club after his suspension ended, but Cantona decided to stay.

His ban ended on September 30, 1995 and he renewed the contract with Manchester. Cantona played against Liverpool on October 1, 1995 as a return game.

Although he was away from the grass for 8 months, Cantona finished the Premier League as the top scorer. Manchester won the league with Cantona’s guidance, as he scored 14 goals in 30 games.

Eric Cantona captained the team in the 1996 FA Cup final match against Liverpool. He scored in the 4 games of the tournament and led Manchester to the victory.

The following season, Manchester managed to keep their Premier League title, having Cantona as the team’s captain.

Eric retired from football after he played in his last game against West Ham on May 11, 1997.

Cantona scored 131 goals in total for the clubs he played with.

Cantona joined the national team in 1987. He participated in 1988 UEFA European Under-21 Championship victory over Greece in the finals.

He unfortunately couldn’t help the France national team since he got banned consistently. Cantona played in 45 matches and scored 20 goals until 1995. 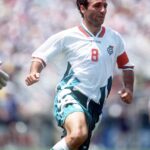 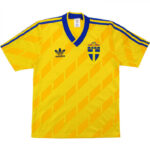