Kim Källström (Born 24 August 1982) was a Swedish professional footballer who played as a midfielder. He is noted for his play-making ability and free-kick taking.

He started his career at several clubs in Sweden, winning consecutive Allsvenskan titles with Djurgården before moving to France where he represented Rennes and Lyon. Källström won a range of domestic honours with Lyon and joined Spartak in 2012.

Källström earned 131 caps for Sweden since his debut in 2001 until 2016 when he announced his departure from international football, making him their fourth most capped player of all time. He played in four European Championships and the 2006 FIFA World Cup.

Källström began his professional career with BK Häcken from Gothenburg. In his first season, the club gained promotion the Allsvenskan by winning the Division 1 Södra. Häcken were relegated to the Superettan in 2001, but Källström’s eight Allsvenskan goals earned him a transfer to Djurgårdens IF for 5m.

In his first season at Djurgården, Källström won the double of the Allsvenskan and the national cup tournament Svenska Cupen, and was the team’s top scorer with 12 league goals. The team defended its Allsvenskan title in 2003, with Källström’s 14 goals making him the team’s top goalscorer and the second-highest goalscorer in Sweden.

In the January 2004 transfer window, Källström moved to the French Ligue 1 club Stade Rennais. He made his debut for the club in the Coupe de France against Angers on 4 January and his first Ligue 1 appearance in a 2–0 defeat at Toulouse on 10 January. A week later, he scored his first goal in French football during a 4–0 win over Sochaux at the Route de Lorient. He ended the 2003–04 season with seven goals from 18 appearances. Including two in a 4–1 away win against Champions League finalists AS Monaco.

Källström ended his two-and-a-half year spell at Rennes with 20 goals from 83 league appearances.

After a successful spell at Rennes, Källström signed for Lyon in June 2006, and went on to win a number of honours with the southern club.

His Lyon debut saw him score the equalising goal as les Gones won the Trophée des Champions against Paris Saint-Germain on penalties. Five days later, he made his league debut against Nantes in a 3–1 win.

On 28 July 2012, it was announced that Källström had signed with FC Spartak Moscow for €3 million and €600,000 variables. 15 September, he made his Russian Premier League debut in a 2–2 draw with Kuban Krasnodar. 29 September, he scored his first goal for the club in a 3–1 against Amkar Perm.

On 31 January 2014, Källström joined Arsenal on loan for the remainder of the 2013–14 season. Although a back injury was discovered during his medical, it was decided Källström would still join and undergo his rehabilitation at Arsenal. Källström made his debut for Arsenal on 25 March against Swansea City in the Premier League, coming on in the 79th minute as a substitute for Tomáš Rosický. His next appearance came two weeks later in the FA Cup semi-finals against defending champions Wigan Athletic. Introduced as an extra-time substitute, he scored Arsenal’s second spot kick in their 4–2 penalty shoot-out win which saw them advance to the final.

Källström has gone on to describe this moment as “the greatest 15 minutes of my life.” Three days later, he made his first start for Arsenal in a 3–1 victory against West Ham United. After making four appearance in all competitions, it was announced that Källström would not return to Arsenal once his loan spell with them expired at the end of the season. Despite only making four appearances, Källström says he enjoyed his time at Arsenal.

After three years in Russia, Källström left Spartak and signed for Swiss Super League club Grasshopper Club Zürich on 6 June 2015. He scored his only goal for the club on 29 November 2015, the final goal in a 5–0 win against city rivals FC Zürich. Källström was also named captain upon his arrival at the side. After one and a half year, Källström wanted to leave Grasshoppers, citing personal reasons and dissatisfaction with the clubs results. He subsequently ended his contract with the club by mutual consent on 31 January 2017.

On February 10, Källström returned to Djurgårdens IF in Allsvenskan, signing a two-year deal with the club. Källström was immediately handed his old number 16. The club’s announcement of signing Källström lead to a crash of the official website of Djurgården, “dif.se”, due to the amount of visitors on the website.

Källström made his international debut in 2001 against Finland. He made the Swedish squad for the UEFA Euro 2004, 2006 FIFA World Cup, UEFA Euro 2008, and UEFA Euro 2012 tournaments. He also scored Sweden’s first goal in the 3–2 win over the Netherlands to take the Blågult to Euro 2012.

In a 2014 World Cup qualifier against Germany on 16 October 2012, Källström was brought on as a substitute for Pontus Wernbloom at half time with Sweden losing 0–3. Despite conceding another goal, with three assists from him, Sweden earned a 4–4 draw.

Källström retired from the national team after Euro 2016, having amassed 131 caps, scoring 16 goals. He is Sweden’s fourth most capped player. 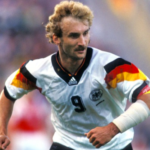 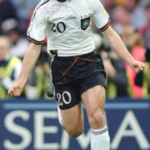