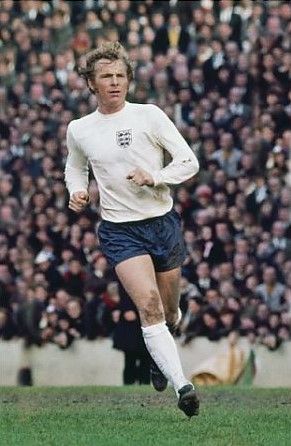 Bobby Moore was born on April 12, 1941 in Barking, Essex, England. Moore played in a defensive position throughout his career. played most with the West Ham United team and was the captain of the club for more than a decade, as well as the captain of the England national team, who won the 1966 FIFA World Cup.

Moore was considered one of the greatest defenders in the history of football. Moreover, he was chosen by Pelé as the greatest defender he has ever played. Considered as West Ham’s biggest player ever, Moore played more than 600 games for the club during his 16-year tenure and won the FA Cup in 1963-64 and the UEFA Cup Winners’ Cup in 1964-65. During his time at the club, he won the FWA Player of the Year in 1964 and the West Ham Player of the Year in 1961, 1963, 1968 and 1970. In August 2008, West Ham United retired his number 6 shirt 15 years after Moore’s death.

Bobby Moore became captain of the English national team in 1964 at the age of 23. He won the FIFA World Cup trophy in 1966.Meanwhile,  Bobby Moore is a member of the 20th Century World Team. At the entrance of Wembley Stadium, there is a national team icon and a bronze Moore statue. With his intelligence and ability to predict positions, he changed the classical defensive mentality based on physical strength. He was awarded the BBC Athlete of the Year award in 1966, he was the first player to win the award and remained only the first for 24 years. Moore was given an OBE on the New Year Hall of Fame. In 2002, he was added to the British Football Hall of Fame because of his influence on British football, and that same year he was selected on the BBC’s 100 Great British lists.

The First Gentleman of English Football

Bobby Moore started playing football in Barking, the city’s team where he was born. A few years later, he started playing in West Ham United B teams. His 18-year West Ham United career began in 1958. Bobby Moorebecame a legend of this team. He won the FA Cup in the 1963–64 season, the FA Charity Shield in 1964, and the UEFA Cup Winners’ Cup in the 1964–65 season. Bobby Moore played a total of 544 games and scored 24 goals. He was known for his softness, understanding and respect in the game. The fans were crying for him when he left the team in 1974. But he was not going too far, he transferred to another British team, Fulham. After  124 match and 1 goal in Fulham, he played for San Antonio Thunder, Seattle Sounders, Herning Fremad, Carolina Lightnin ‘teams and left football in 1983.

Bobby Moore’s UK national career began in 1960 with the U-23 team and was placed into the A team in 1962. He won the 1966 FIFA World Cup with the England national team and  finished third in the Euro 1968 tournament. England vs West Germany in the 1966 FIFA World Cup final. The normal duration of the match ended in a 2-2 draw. However, with the support of the fans filling the Wembley stadium, England won the match 4-2. One of the unforgettable moments of that day was the moment Bobby Moore cleared the mud in their hands with a tablecloth before taking the cup from Queen Elizabeth’s hands. Bobby Moore was on the shoulders of his teammates Geoff Martin Hurst and Ray Wilson as he lifted the trophy.

BBC Sports Personality Of The Year: 1966

Officer of the Order of the British Empire: 1967

UEFA Euro Team of the Tournament: 1968

Inducted into the English Football Hall of Fame: 2002

PFA Player of the Century: 200

Overall Team of the Century 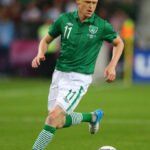 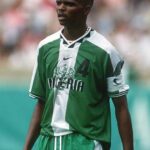