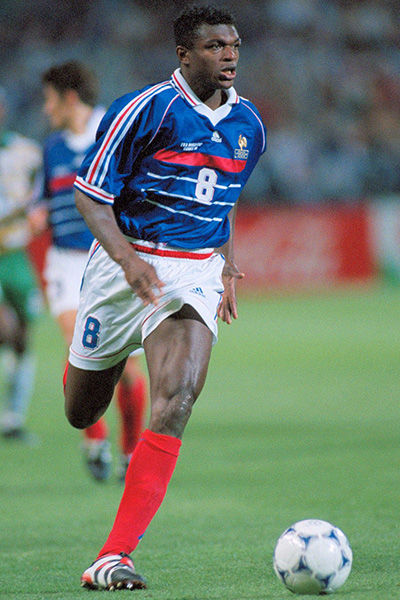 “The Rock” was one of the best French defenders and the most successful players of the generation.

Desailly earned the nickname because he was strong and had a hard-tackling style that could play also in midfield.

Desailly was born in Accra, Ghana on September 7, 1968. He started football at Nantes in 1986, after his family moved to France when he was 4 years old.

Marcel played for FC Nantes until 1992, having a total of 162 appearances. He signed with Marseille for the next season and won 1992-1993 UEFA Champions League.

After his one-year tenure at Marseille, Desailly transferred to A.C. Milan in 1993.

Marcel enjoyed success during his spell at Milan. On May 18, 1994 in UEFA Champions League final he scored a goal as they won 4-0 against Barcelona. He was a part of the squad that won 1994 European Super Cup with a 2-0 victory over Arsenal.

In his 1st season, Chelsea won UEFA Super Cup after a 1-0 victory over Real Madrid.

He could lift the FA Cup trophy the following season, winning the final game 1-0 against Aston Villa.

Desailly played for Chelsea, being the team’s captain, until he signed with Al-Gharafa in 2004 and became the captain again.

Marcel won the Qatar Stars League in his 1st season, and moved to Qatar S.C for the following season. The club finished the league in 2nd place with his guidance. He played for Qatar until he retired in 2006.

Marcel Desailly wanted to play for France instead of Ghana, since he felt French. He joined the team in 1993, making his 1st appearance in the same year.

Marcel Desailly helped France win World Cup 1998 over Brazil. Although he got a red card in the final, Marcel made the All Star team as a defender. He later earned the French Legion of Honour in the same year.

Desailly played in the UEFA Euro 2000 squad and helped France won the tournament. He earned the UEFA Team of the Tournament and then became the team’s captain.

Being the captain of the national team, Marcel led France to victory in FIFA Confederations Cup 2001 and 2003.

He joined Euro 2004 with France; however, France got knocked out in quarter finals. The tournament helped him break the record of most appearances for France as the number of his caps reached 116.

Marcel Desailly retired from his international career in 2004, right after the competition. 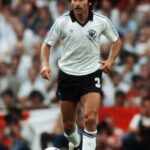 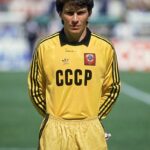