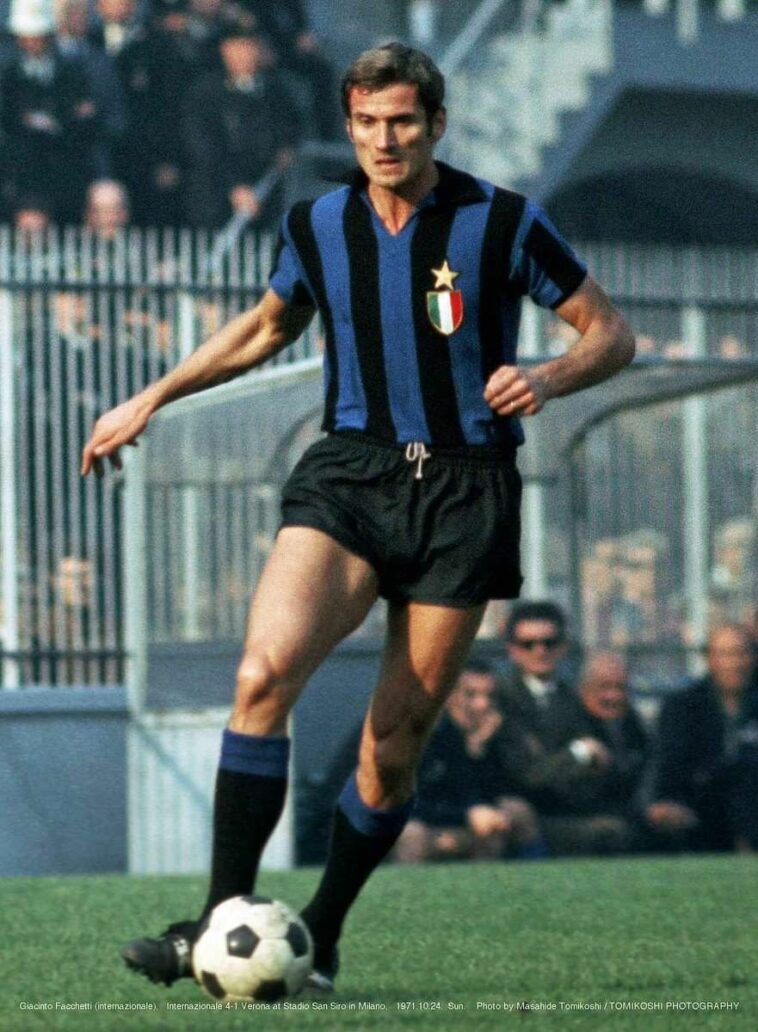 Giacinto Facchetti was a former footballer who played as a defender.

He was one of the greatest players of Italy with leadership, power and technique.

He started playing football at the local club Trevigliese in 1956.

With his speed and shooting ability, Giacinto played as a forward during his tenure.

In 1960, Inter’s coach noticed him and Facchetti got transferred to the club to start his senior career.

Giacinto moved to left-back for his tackling ability and physique. It was a brilliant decision, giving him the chance to become one of the best defenders of all time.

With the Tarcisio Burgnich partnership, Giacinto played a key role for the Inter’s “catenaccio” system, a highly defensive system.

What made him perfect was his ability to score goals and provide assists. Such that, he got the record for the most goals by a defender in one Serie-A season in the 1965-66 season.

They missed the treble when Juventus beat them by 1-0 in the 1965 Coppa Italia.

Giacinto took the 2nd place for 1965 Ballon d’Or, losing the chance to be the 1st defender to receive it.

Facchetti played in 476 league games for Inter, scoring 59 goals as he was an effective defender.

Giacinto Facchetti made his international debut on March 23, 1963, in a 1-0 win over Turkey during the 1964 European Nations’ Cup qualifying.

He wore the number 10 jersey, being the captain in the Euro 1968 as they defeated Yugoslavia 2-0 in the final.

For his performance, Facchetti got selected in the Team of the Tournament as a defender.

Italy finished the 1970 World Cup runners-up to Brazil, and Facchetti named in the All-Star Team.

Giacinto Facchetti played in the 1966 and 1974 editions of the competition, though eliminated in the group stage in both.

He captained Italy in 70 international matches as he earned 94 caps, being the 9th highest cap holder. 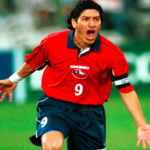 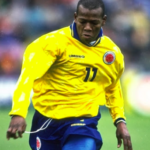